An International Network of Organizations

Criminon (meaning ‘no crime’) is dedicated to helping justice-involved individuals achieve life-long success as happy and productive members of their communities.

Since its establishment in New Zealand in 1972, Criminon has grown into an international network operating in 38 countries and over 2500 institutions. The network is overseen by Criminon International, a U.S.-based non-profit, tax-exempt public benefit corporation.

Individual Criminon groups around the world are organized under the non-profit laws of the jurisdiction in which they are located. Criminon New Life DC is incorporated in the District of Columbia as a non-profit group and is tax-exempt under DC and federal law.

The Criminon program achieves real rehabilitation through the restoration of the individual’s self-respect. Its evidence-based services include effective literacy programs, drug education and unique life skills courses that directly address those factors which lead to anti-social behavior. Not all Criminon centers offer the full set of Criminon program courses and services.

“There is no person alive who cannot make a new beginning.”
– L. Ron Hubbard. 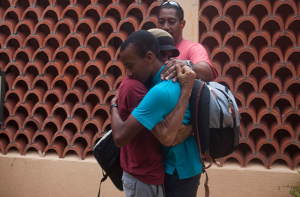