Click on a question below to see the answer.

1. What is Criminon?
Criminon—meaning “without crime”—is an international, non-profit organization dedicated to criminal rehabilitation and reform. Criminon accomplishes its work through services that improve self-respect, communication and relationship skills, and break destructive habits.

Criminon provides basic life skills to people who are currently or formerly incarcerated, people on probation, parole or with criminal convictions, enabling them to become ethical and productive members of their communities and lead better lives.

See the What is Criminon? page for a full description.

2. What is Criminon New Life DC?
A part of the international Criminon network, Criminon New Life DC is a non-profit, tax-exempt service provider incorporated in Washington, DC. Criminon’s mission is to address those factors that produce and precipitate criminal behavior, reduce recidivism, and provide educational tools and life skills, including effective literacy, to those in need so they may rejoin society as responsible and contributing members. Criminon works to empower individuals to regain their sense of self-worth and integrity and restore common-sense values so they may continue to learn and grow.

Criminon DC’s rehabilitation services produce transformational cognitive changes for program participants. Criminon New Life DC has been providing its rehabilitative services for the Washington DC Department of Corrections since 2003. Prior to that, it delivered courses in Washington DC’s Lorton prison for over six years.

3. What is the Purpose of Criminon New Life DC?
The purpose of the Criminon program is to help program participants achieve positive transformational cognitive changes in their attitudes about themselves, their environment, and their future. Participants gain constructive life skills they can use to improve their decision-making processes and reverse negative thought patterns and habits.

The goal of all Criminon services is to stop the ever-increasing rate of recidivism by:

Further to this end, Criminon DC provides services for those reentering their communities following incarceration, as well as for individuals under some form of post-incarceration supervision. Criminon’s reentry services focus on the reintegration of the individual back into their families and communities.

4. Is Criminon a Reentry Program?
Criminon specializes in rehabilitation services. Our rehabilitation services aim to eradicate the factors that led to incarceration while addressing the exact causes of destructive behavior and the loss of personal self-respect. The Criminon program addresses these issues so the person learns how to behave ethically and morally, and most importantly why he or she should do so as well as how such behavior helps them lead a better life. This understanding makes true reform possible and has helped Criminon DC create positive results among the program participants.

Though Criminon DC does not provide such services as housing, healthcare, transportation, or food assistance, we acknowledge and understand that these support reentry services are critical and essential for any returning citizen or someone on parole or probation.

5. Who works for Criminon?
Anyone can work for Criminon. In addition to Criminon staff, there are thousands of volunteers around the world who contribute their time and energies to assist Criminon’s mission.

Their activities range from supervising inmate correspondence courses to working directly with individuals inside prisons, with juveniles in juvenile detention facilities, in community crime education and prevention programs, with both parole and probation programs, with community rehabilitation centers, with training for detention facility and correctional staff and in the administration of the Criminon organization itself.

Your help is welcome. Criminon provides the specialized training for the administration of courses and other training as needed. If you are interested in working or volunteering for Criminon New Life DC, please contact us.

6. Do volunteers have to be specially trained?
Criminon has developed a rigorous training curriculum to train our volunteers. The type and amount of training vary depending on the capacity in which a volunteer will be working. Our highest level of training is for those who will be providing services onsite in a detention facility. Criminon Seminar Presenters are trained on the subject matter of each course being delivered by Criminon as well as on how to lead Criminon seminars. Training is followed by an apprenticeship under a senior experienced and trained Criminon Seminar Presenter with an actual group of participants.

Criminon’s training is in addition to training that its staff may be required to undertake to be allowed access to a facility.

7. Is Criminon a religious program?

No. Criminon is a secular corporation that utilizes a wholly secular curriculum. Criminon respects the cultures, traditions and religious beliefs, or non-beliefs, of all individuals.

8. Who is L. Ron Hubbard?
Criminon utilizes the highly effective secular works of author and humanitarian L. Ron Hubbard to help inmates gain a new level of ability to study, comprehend, and restore their integrity and pride. L. Ron Hubbard was an American author and humanitarian. He dedicated his life to providing practical solutions to Mankind’s most pressing problems. His works cover subjects as diverse as drug rehabilitation, criminal rehabilitation, education, marriage and family, and many other aspects of life.

Hubbard examined the effects of crime and anti-social behavior from the top down and from the bottom up. After witnessing the execution of a prisoner as a young man, he realized that killing a man was not justice, but merely a type of revenge. It was not a solution. Nor did locking a person away for life solve the problem. In his own words, “All one learns in a cage is that he has indeed become an animal.”

Mr. Hubbard personally worked as a Special Officer for the Los Angeles Police Department in the late 1940’s. As early as 1952, he began a rehabilitation program for juvenile delinquents. Continuing to search for the one common denominator that marked anyone’s start of a career in crime, Mr. Hubbard found that the loss of self-respect is what brought about any life of lawlessness and criminality.

For more see About L. Ron Hubbard on the Criminon international website.

Criminon is funded by donations from the public including individuals, businesses, and interested community betterment organizations. We also have government funding in countries outside the United States and for special delivery projects in the United States.

10. Where does Criminon spend its money?

Criminon is a non-profit public benefit corporation and spends the money it receives on supporting its existing program and expanding it to assist the thousands who reach for our help.

11. Is Criminon soft on crime?

A core principle of Criminon is that rehabilitation is possible. It relies upon no drugs or punishment, but rather appeals to what Mr. Hubbard described as the basic goodness within all men. We believe that justice for transgressions is best served by rehabilitation, not punishment.

Criminon at the same time believes that the rehabilitative process includes personal accountability and that individuals are inherently responsible for their own condition. One who commits a crime should be held appropriately accountable to both the community and any individuals harmed by their actions.

The reality is that in our current society accountability very often takes the form of incarceration. In such circumstance, Criminon strongly advocates for utilizing time in prison for rehabilitation so as to restore the individual to a healthy condition so that upon their release the individual is a productive, ethical, contributing returning citizen.

This approach ensures public and community safety, increases the morale of the society, greatly reduces recidivism, and increases the individual’s ability to be successful and to behave in a pro-social manner, thus avoiding a relapse into criminal behavior, substance abusing behavior, and other antisocial behavior patterns. 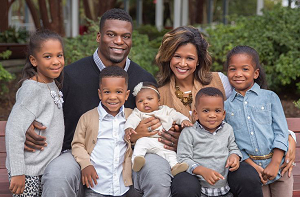